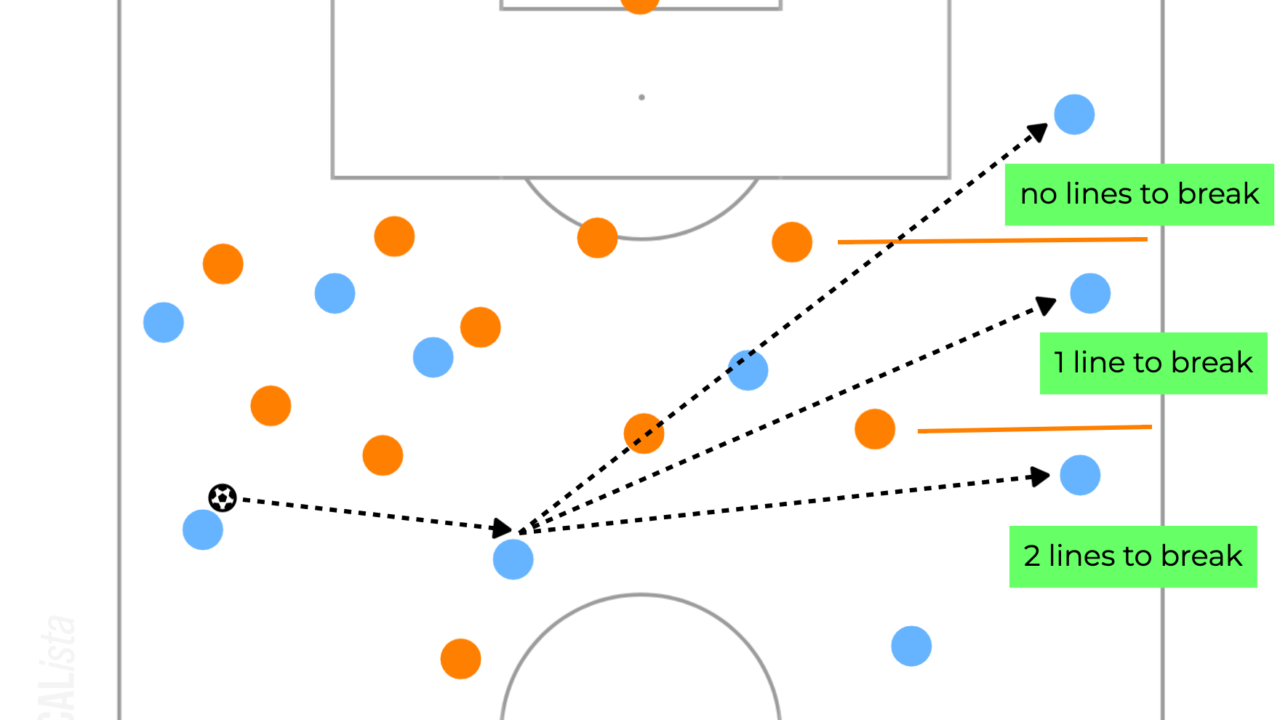 The Purpose of Switching Play

First of all, the purposes of switching play are going to be discussed. It was already mentioned that the ball should be played horizontally to find a gap to play vertically. However, the required size of the gap depends on the purpose of each team.

Basically, there are two types of purposes when switching the ball. Some teams want the maximum advantages by switching the play but the others do not need such a big space and if the gap is bigger than at least the size of the ball to be played through, that is enough. The former teams tend to keep the width during their possession while the latter teams tend to attack with minimum width. 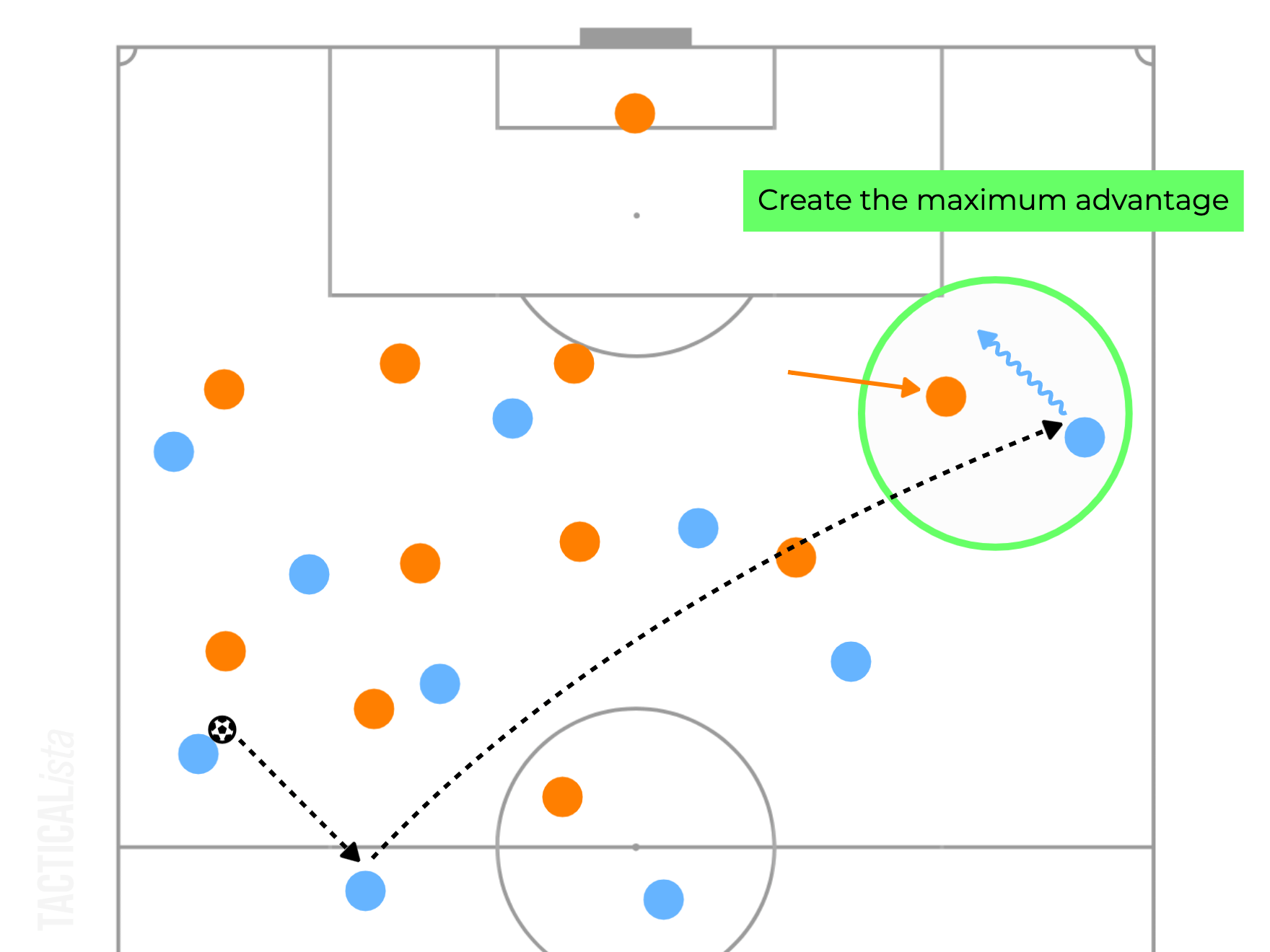 Secondly, the objective of the teams trying to play through as soon as possible is to find a gap to break a line. Therefore, the ball played horizontally is short and will be played through quickly. This is played in a small area so the probability of losing the ball is higher but it is easier to regain it by immediate pressure around the ball. 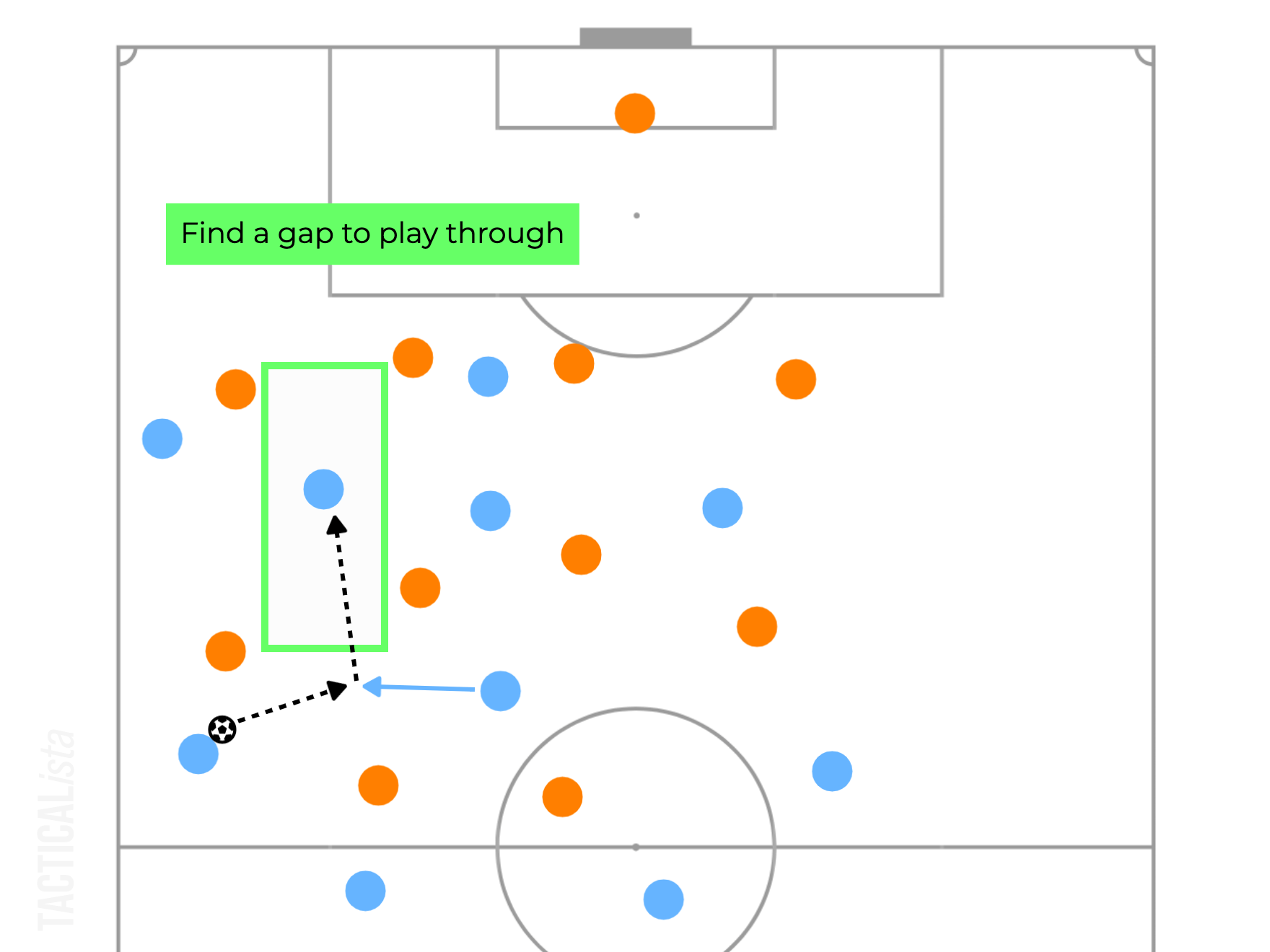 In the next chapter, the effective ways to switch the ball of both purposes will be analysed.

How to Switch the ball?

Before beginning with analysing the effective ways, it is important to understand what a bad switching play is. While switching the play is important, it is obviously more important to break down the opposition defensive block within the ball side if possible. For example, if there is an overload for the attacking team, there are no reasons to switch the side to attack. Additionally, if the attacking team switch the ball without using the advantage in the ball side, they need to attack in the flank where the opposition defenders have advantages. This would be a trigger for the opposition defenders to press aggressively. 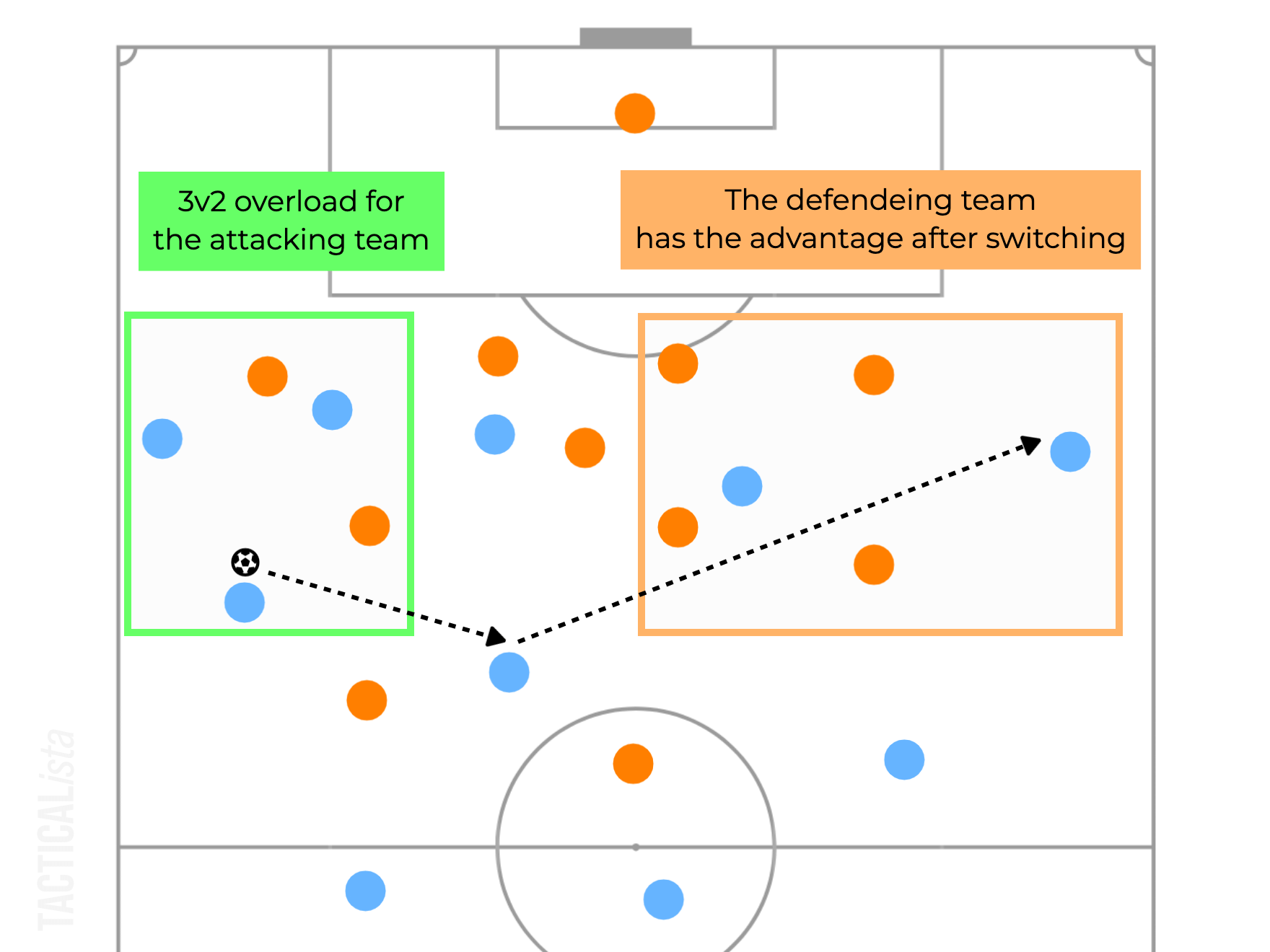 Therefore, it is vital to think about the possibility to break down the opposition defensive block without switching the ball before switching the play.

Then, the effective ways to switch the ball depending on the purposes are going to be discussed.

To Get a Maximum Advantage

Firstly, how to gain the maximum advantage by switching the ball is going to be analysed. The key thing is dragging the opposition player into the ball side and playing to the other side as quick as possible. 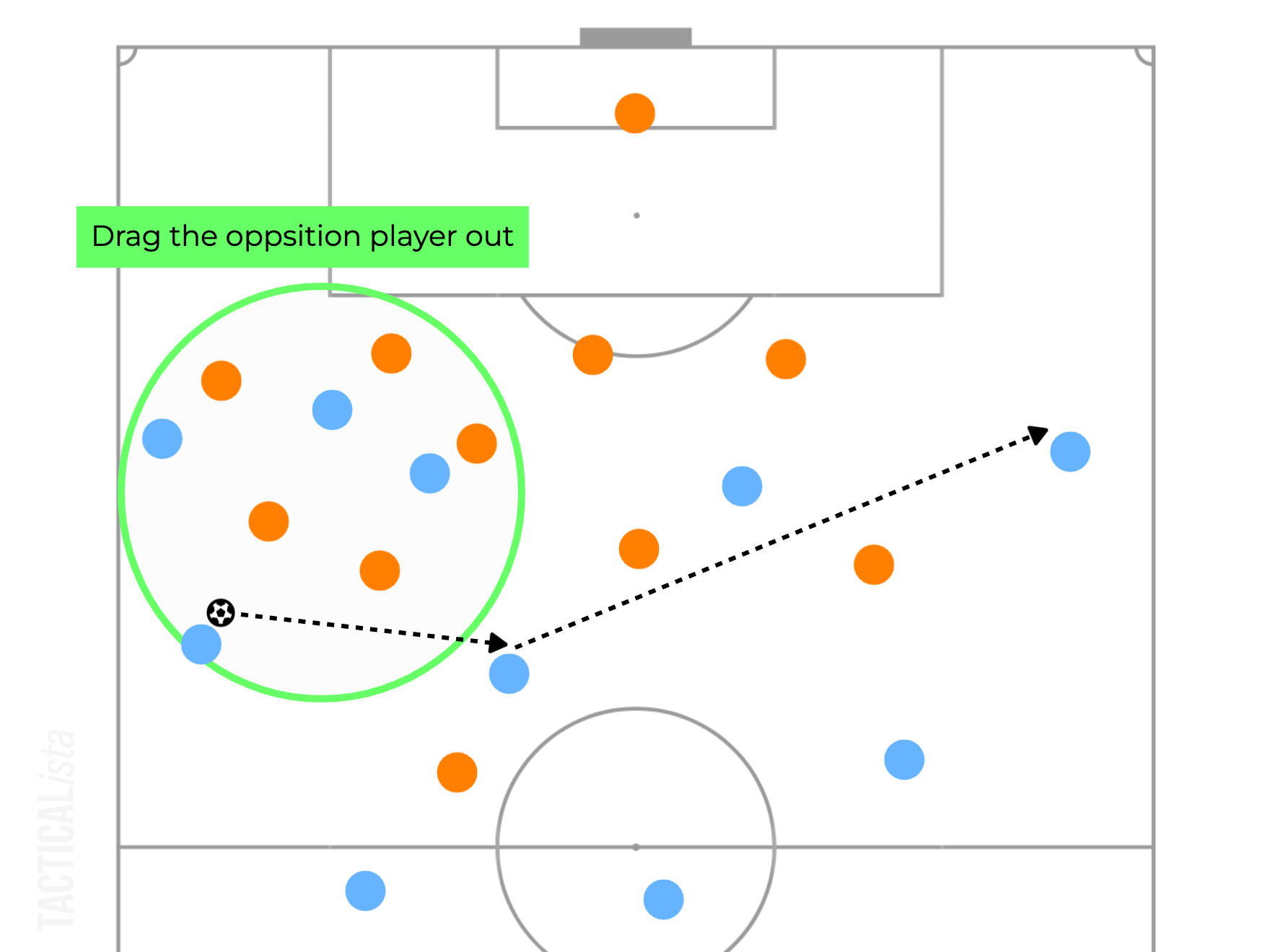 In terms of how to switch the ball, lofted long balls are often used. However, during the ball travelling to the other side, it is possible for the opposition defenders to shuffle across to prevent from being played through. Therefore, the ball switching the side should break at least a line to get the advantage even though the opposition back line can successfully shuffle over. This can reduce the number of the defensive lines to break so it becomes easier to exploit the flank. 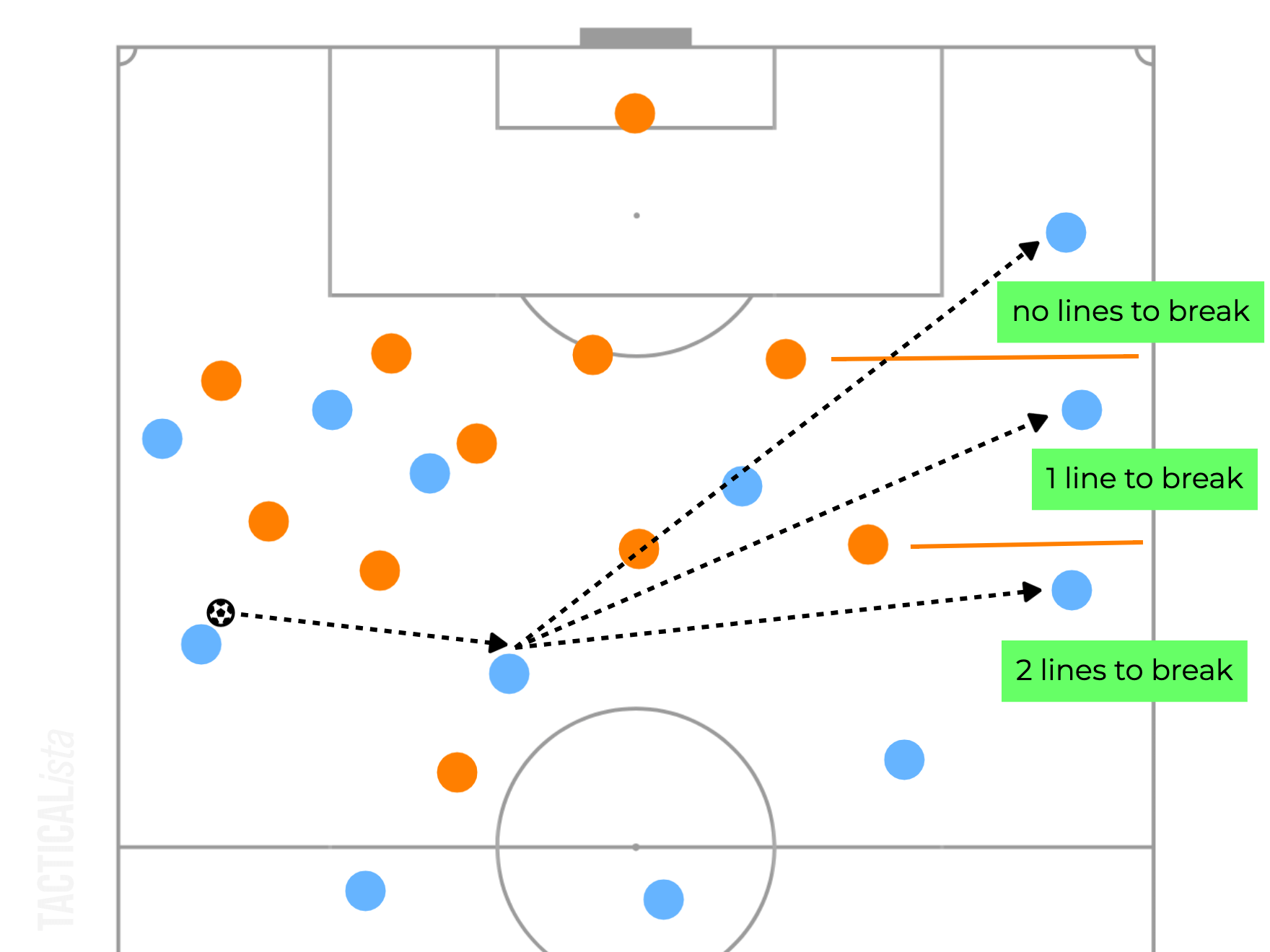 However, if the opposition team has an additional defender at the back with a wingback or winger dropping back, it is difficult to play to the winger as being closed down by the opposition defender quicker. On the other hand, defending with back 5 means there is a smaller number of players in the midfield line or forward. Therefore, it is important to break the midfield quickly to attack the back line. 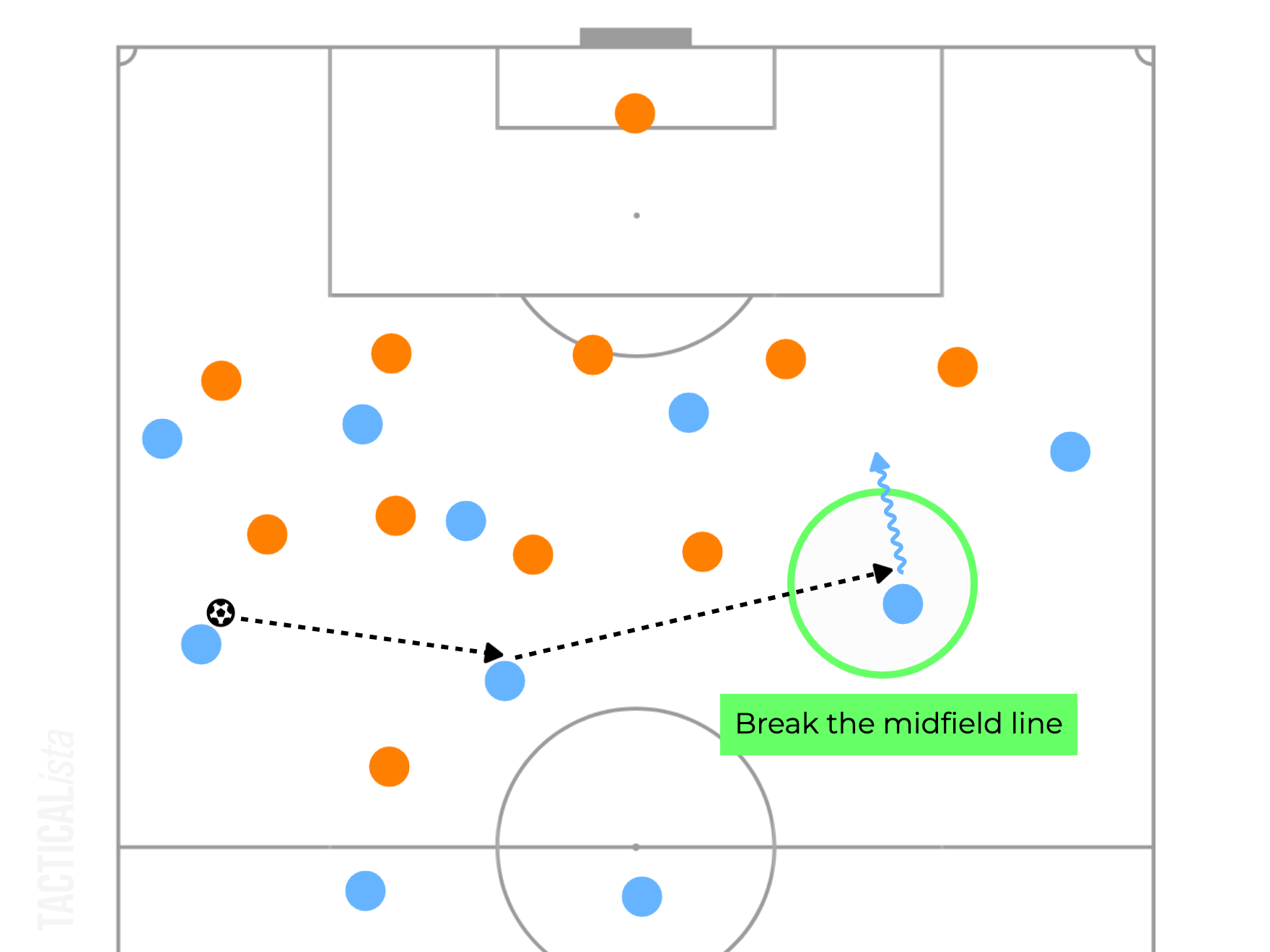 To Find a Gap to Play Through 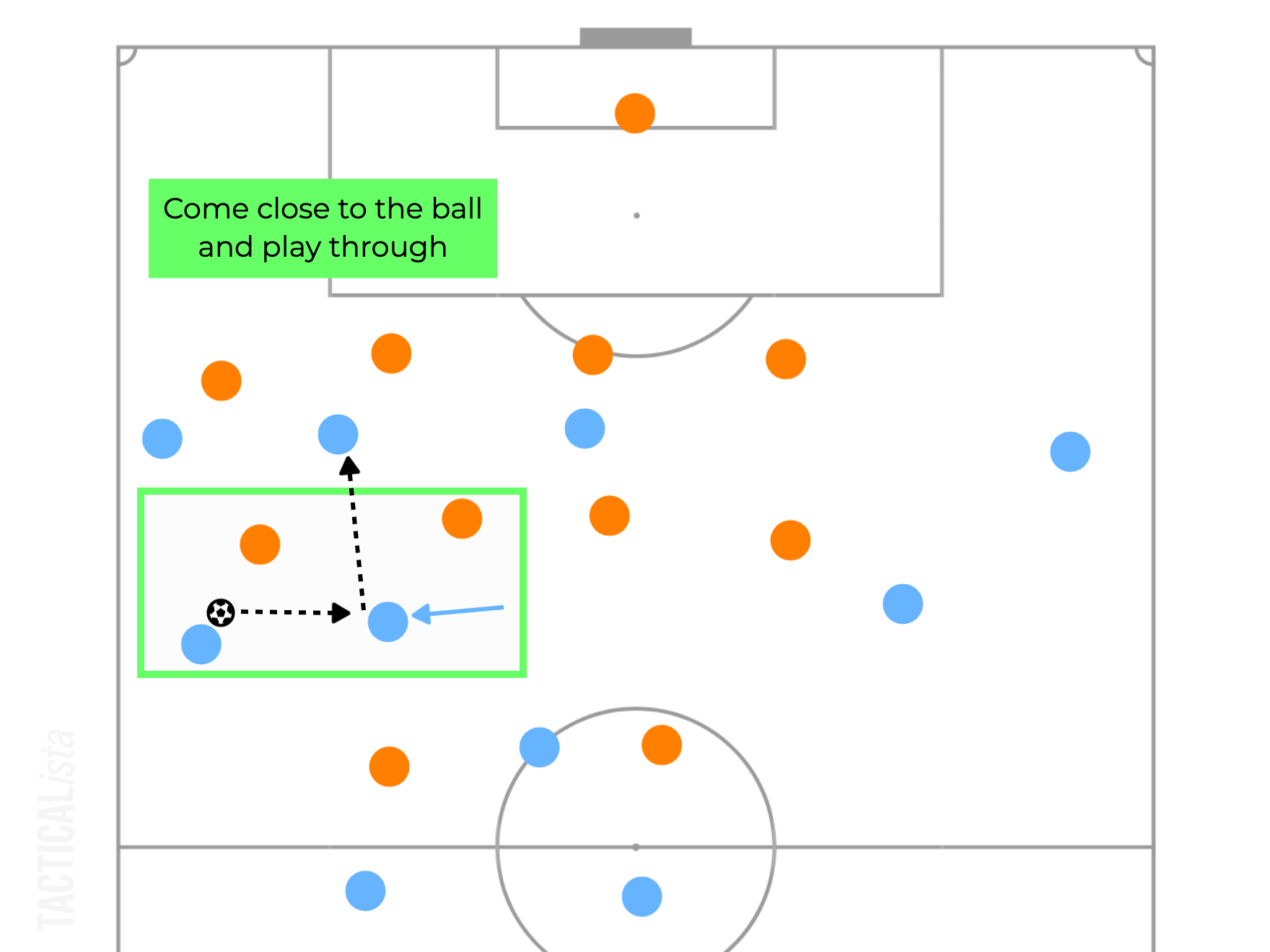 Considering 2v2 in the wide area, by coming close to the player on the ball, it is possible to make 2v1 temporary. Then, the player can receive the ball in front of the gap between two players and play through by a first-time pass.

Another way is moving away from the ball. This can be used in the situation where the defenders are narrow and make the gap close. 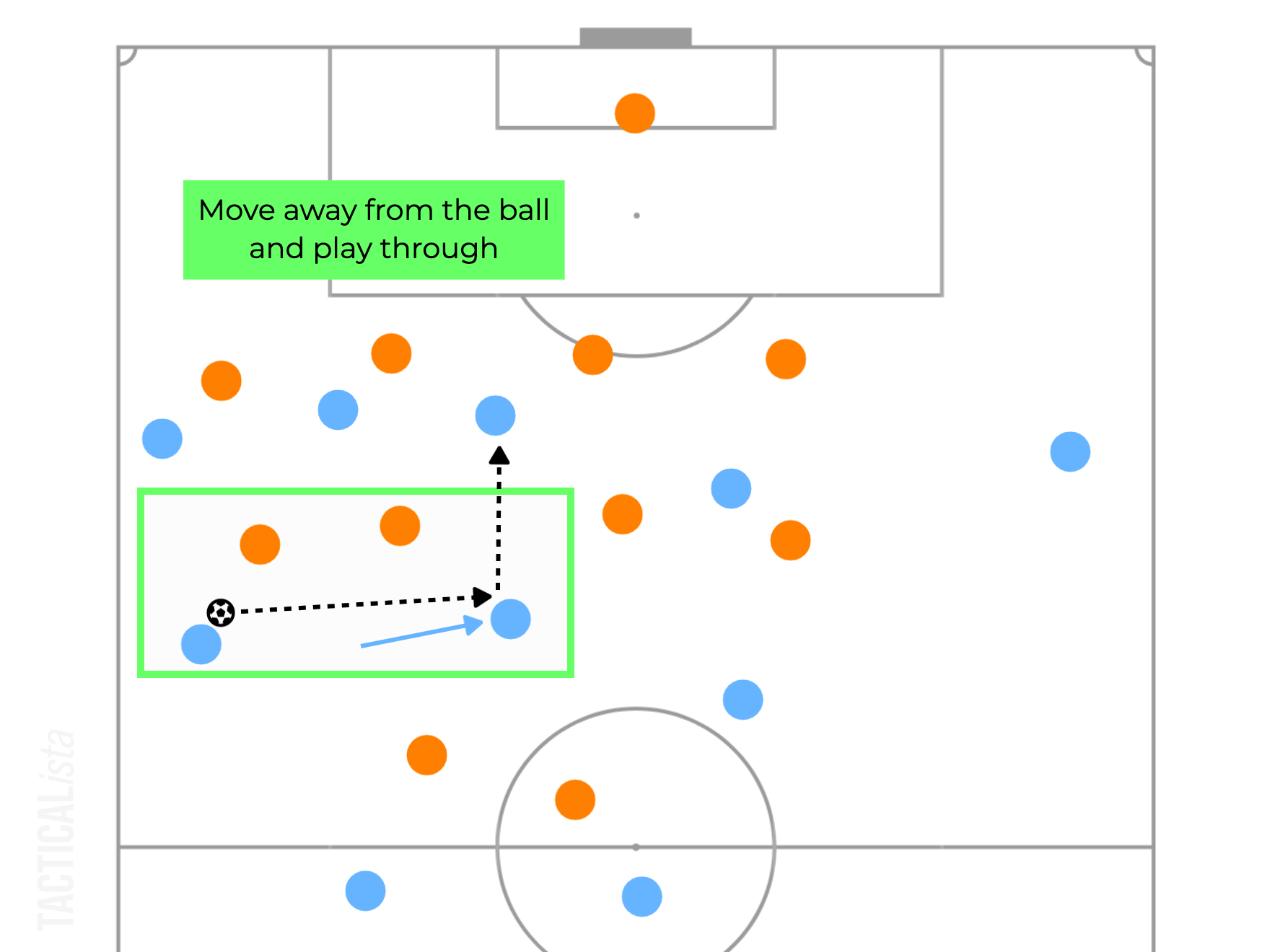 In this case, if the player next to the teammate with the ball comes close to the ball, it becomes hard to play through because the gap is extremely narrow. On the other hand, if the player moves away from the ball to find the different gap, it is possible to play though easily. Moreover, in this case, the ball is played through the gap in the middle of the opposition midfield line so it will be a better chance.

Overall, for the teams who want to play horizontally just to find a gap to play through, the movement to receive the squared ball is vital.

In conclusion, there are mainly two types of purposes to switch the ball. Additionally, how to make effective switches was discussed depending on the objectives. However, it is also important to think about the possibility to break down the opposition defensive block without switching the ball to avoid bad switches. Thank you for reading.