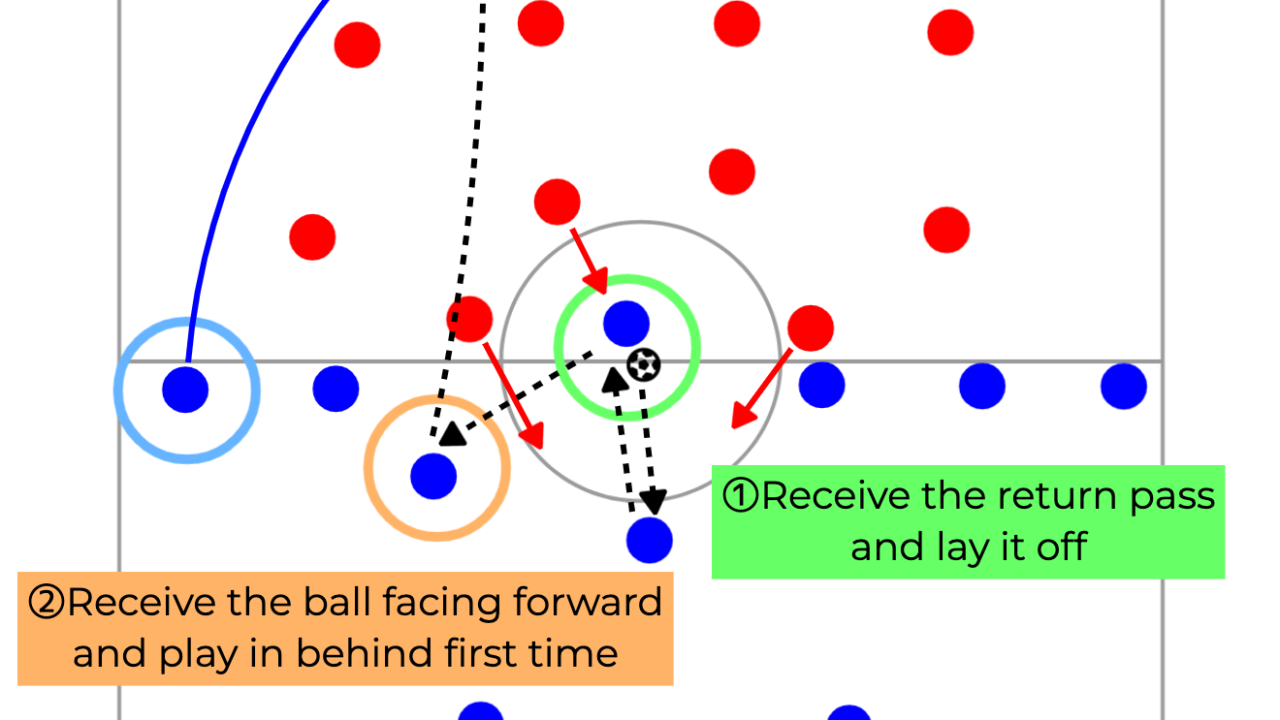 These days, some teams try to score a goal in less than 10 seconds after the game begins. They use kick off as a set piece which can produce a goal such as corner kicks or free kicks. However, the pattern of this is quite similar from English tier 2 team to the Champions League winner. In this article, therefore, the analysis of the kick off surprise, how to defend against it and how kick off surprise can evolve is going to be discussed.

What Is Kick off Surprise?

Firstly, the pattern of kick off surprise is going to be analysed. 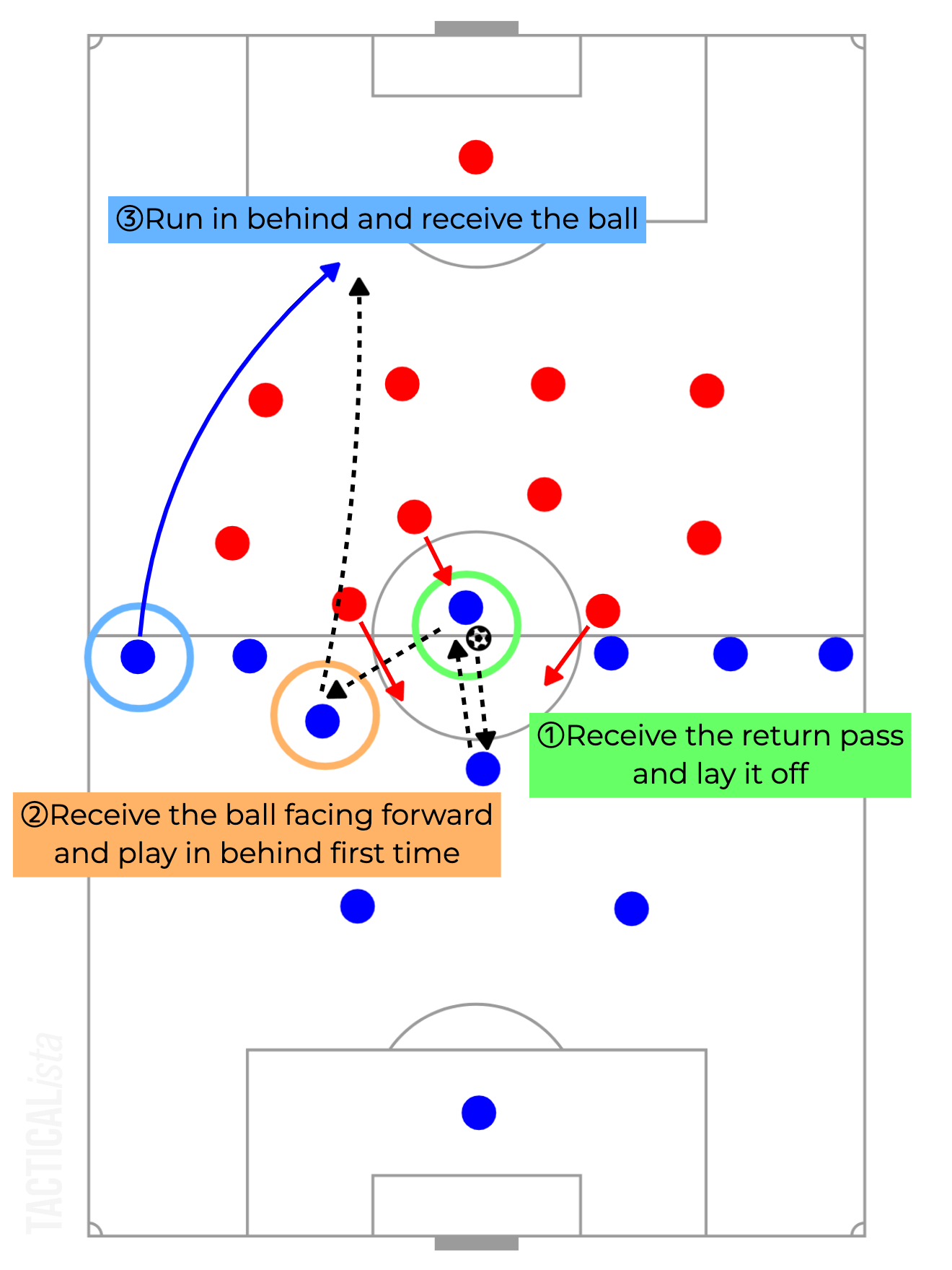 The player who kicked it off receives the return pass and lays it off. Then, the player who received the ball facing forward plays it in behind first time and the player who has already started to run in behind receives it in the space behind the opposition defenders. This is a simple pattern but all teams who use kick off surprise copied these movements. However, what makes it so popular and what is the logic behind this pattern? The simple answer is that this is the most effective way in kick off situation.

The opposition attackers around the centre circle usually want to press to the ball in order to begin the game with high intensity. However, the biggest problem is that there are not enough players to press. As both teams are separated by the halfway line, it is impossible to press as a team because most of all players are far from the opposition players. Thus, the two or three players around the centre circle need to press against 11 players. However, it is impossible to win the ball in this kind of situation if the team in possession uses a return pass or lay off which can break the line of a few opposition players. Therefore, the first three passes are vital to escape from the opposition pressure.

Additionally, these extra passes are necessary to take time for the attacker to arrive the space in behind. Traditionally, the centre back or defensive midfielder who received the ball from kick off plays long and the attackers rush to the ball. If the ball is low and fast, the opposition defender can clear it without any pressure because the attackers can’t reach it. On the other hand, if the ball is high and slow, there will be an aerial duel but the opposition defenders can prepare for it because it takes more time. Thus, playing long quickly is not a good option. If extra passes are played in the middle of the pitch, the ball played in behind will be low and fast and the attacker can reach the ball thanks to the time made by keeping the possession in a few seconds.

How to Defend against Kick off Surprise?

The most effective way is not pressing on the ball and staying deep. It can force the team in possession to play short and prevent them from playing in behind. However, some teams want to apply pressure from the beginning of the game. In this case, there are three rules to be followed to defend well while pressing on the ball.

Firstly, the player who kicks the ball off is needed to be marked as soon as the game begins. 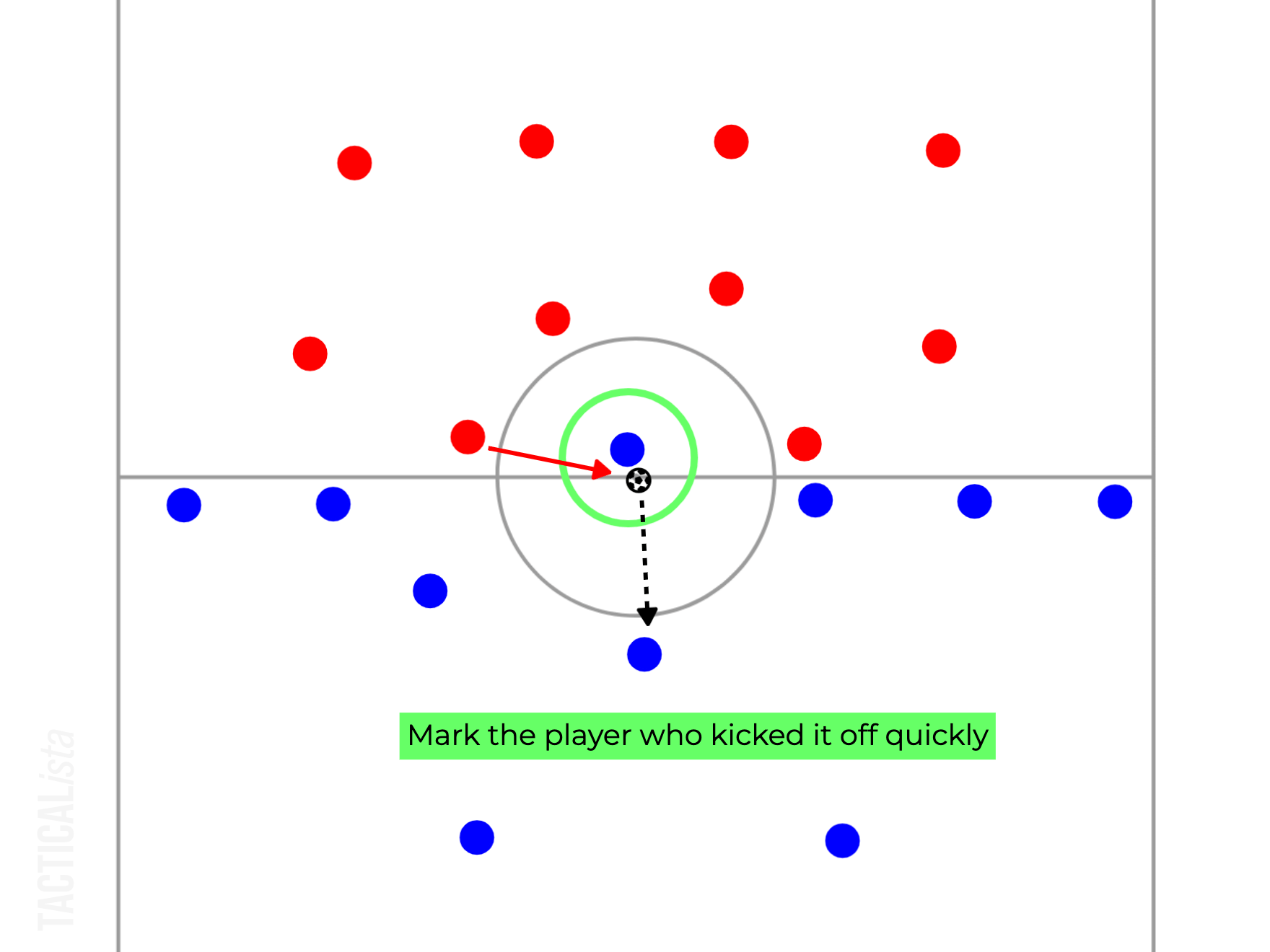 This player is secured to be at least 9.15m away from the opposition players. This is the reason why this player can receive the return pass safely and lay it off as in many cases the opposition player tries to press on this player from the back. Therefore, one of the attackers on the edge of the halfway line and centre circle needs to mark the player in the middle of the pitch from the side quickly and cut the passing lane of the return pass to prevent the player to touch the ball again. 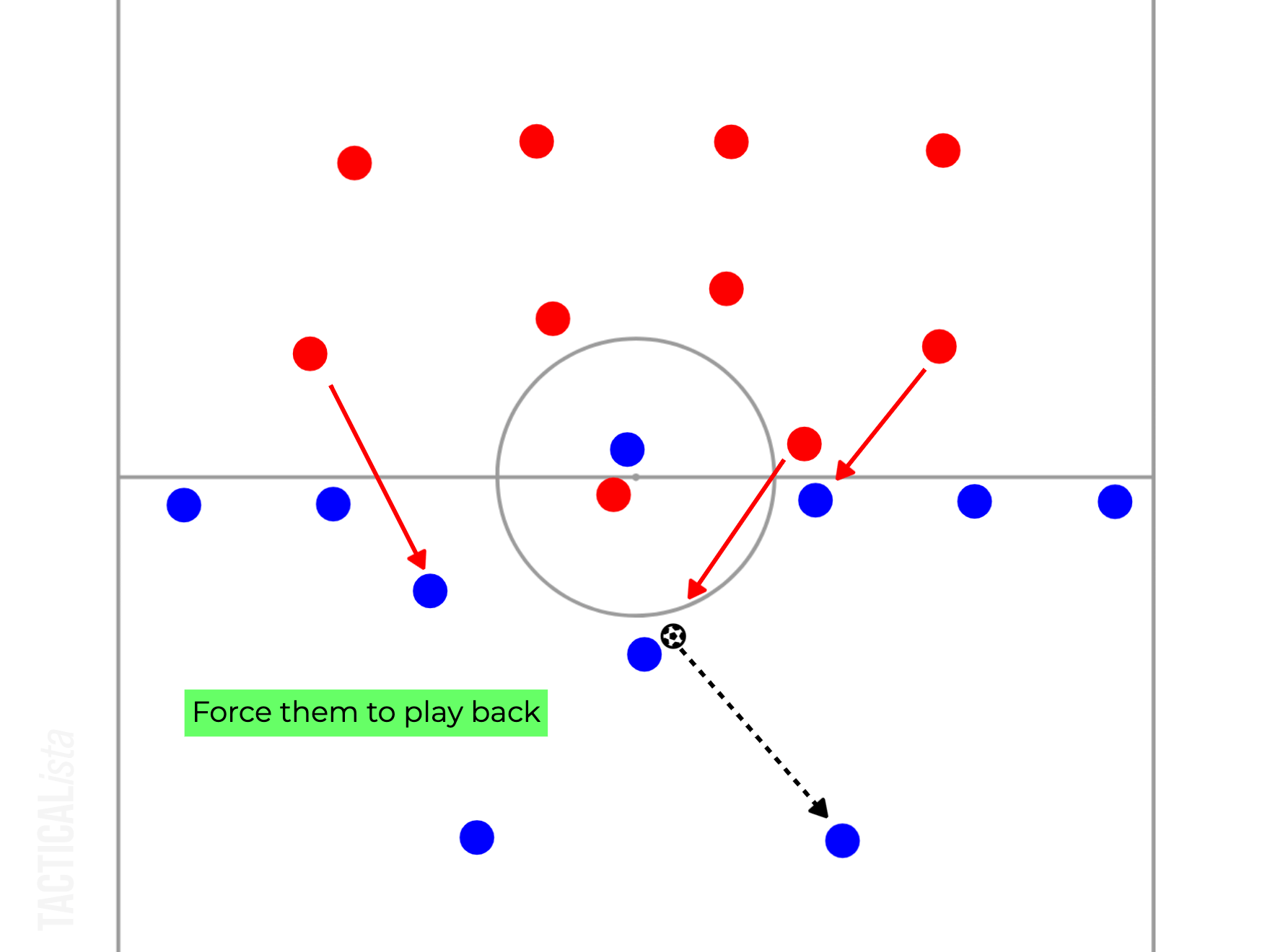 These three factors are very important but difficult to do every time because kick off surprise is still minor tactics. Thus, they forget it and concede a goal when they fail to prepare for it. However, if more and more teams come to use kick off surprise, the defending tactics will improve. Then, what can be the next effective pattern of kick off surprise?

What Is the Future of Kick off Surprise?

In my opinion, there are two key factors to be considered to evolve kick off surprise. Firstly, if the opposition defenders position themselves deeper, playing in between the lines can be effective. 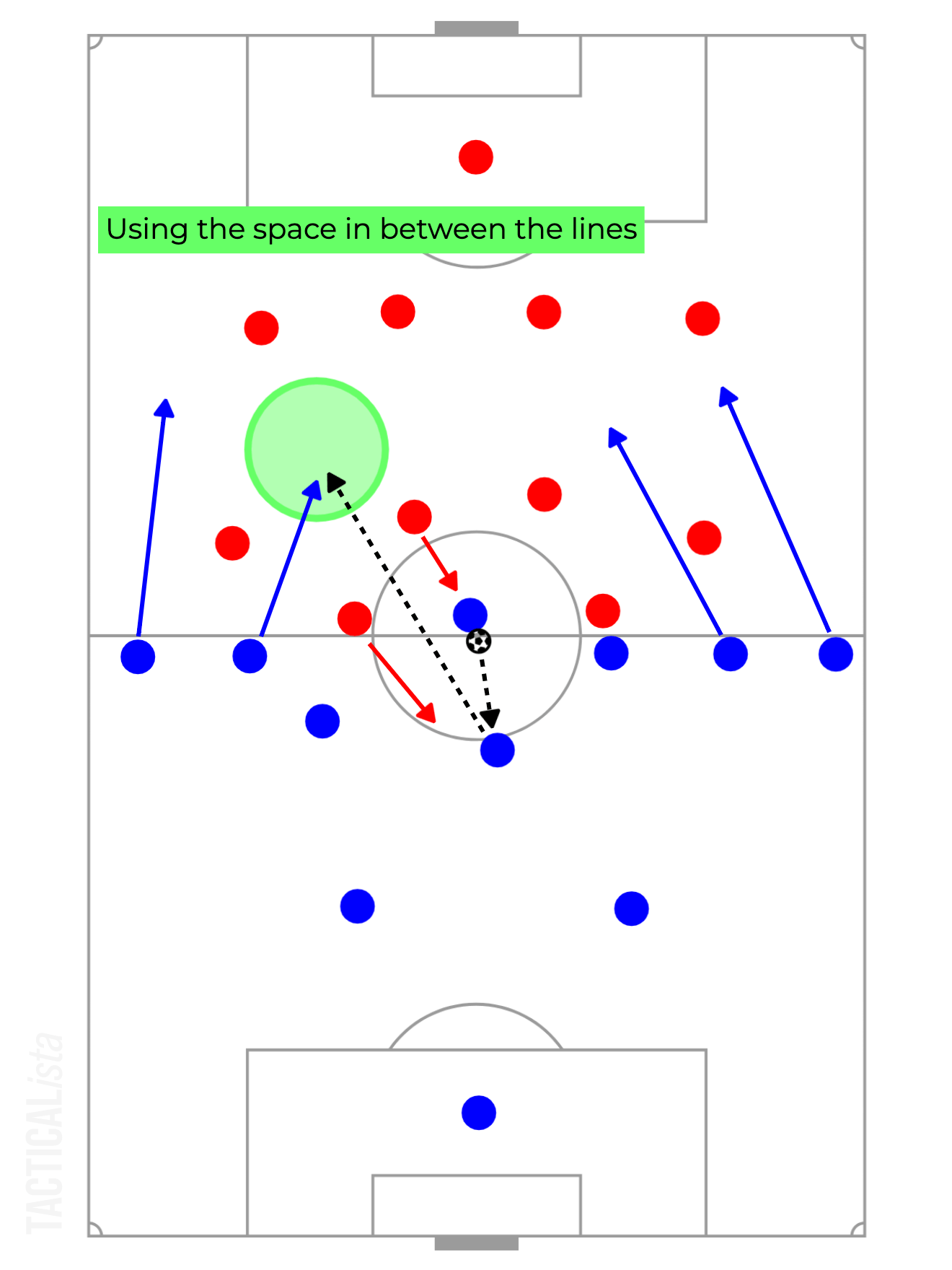 Another solution is using asymmetry. This is often used when playing long to secure the second balls by sending a lot of players in the ball side. However, I think it is possible to use isolation by playing to the side where less players are. 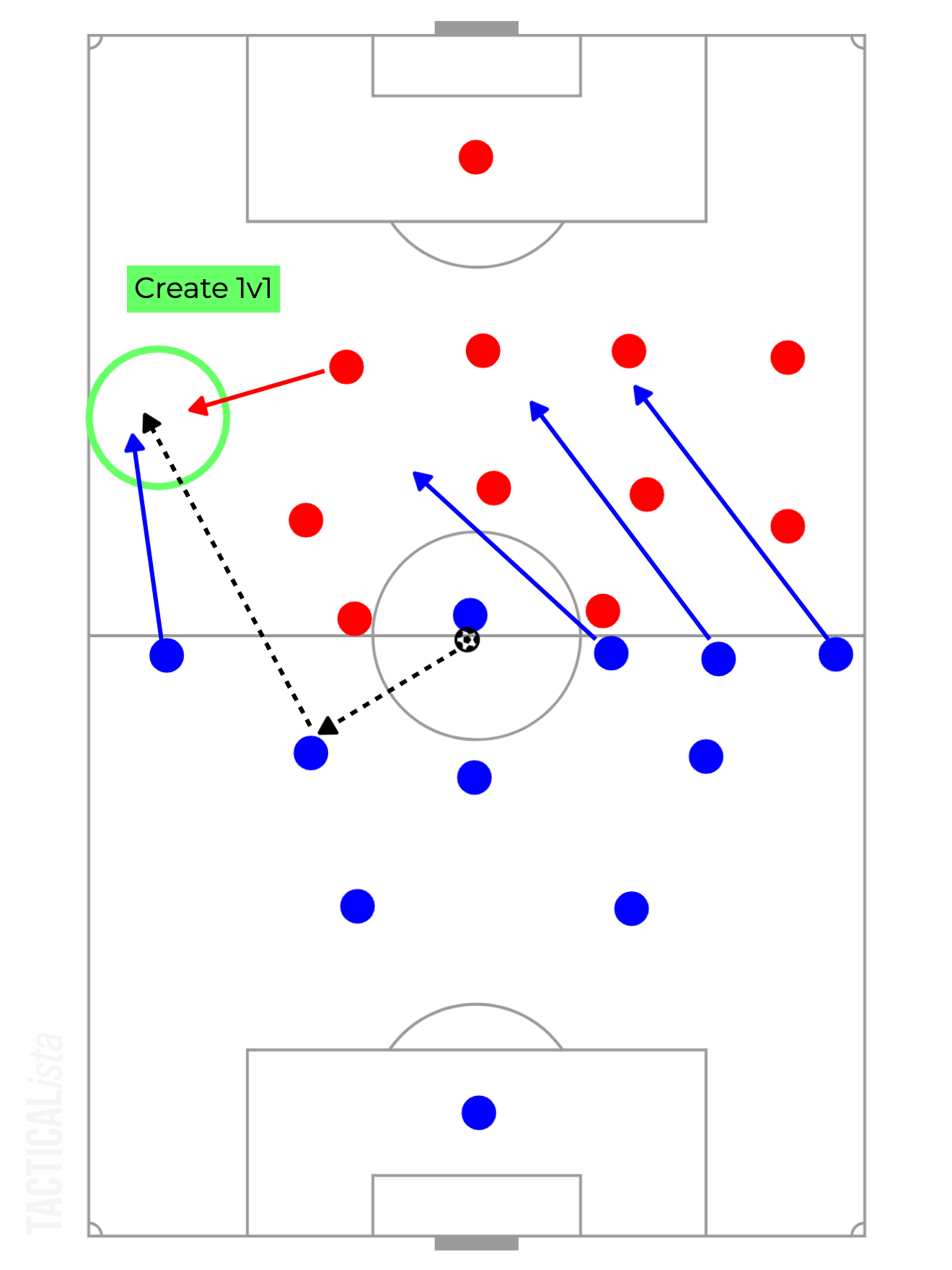 Like the pattern which most of all teams use in kick off surprise, using the pace of the winger is an option. However, it is also possible to create 1v1 situation if there is a winger who is good at dribbling.

There must be more ideas of kick off surprise but I think these two are main solutions when all teams can defend against the current popular pattern.

In this article, not only the tactics of kick off surprise but also how to defend against this pattern and how this can evolve were discussed. I think all teams need to have at least one tactic in kick off because this can score a goal in the last play of the game. However, the defensive tactics against this is necessary to be improved first because I think it can force the current popular tactic to change and improve. Thanks for reading.