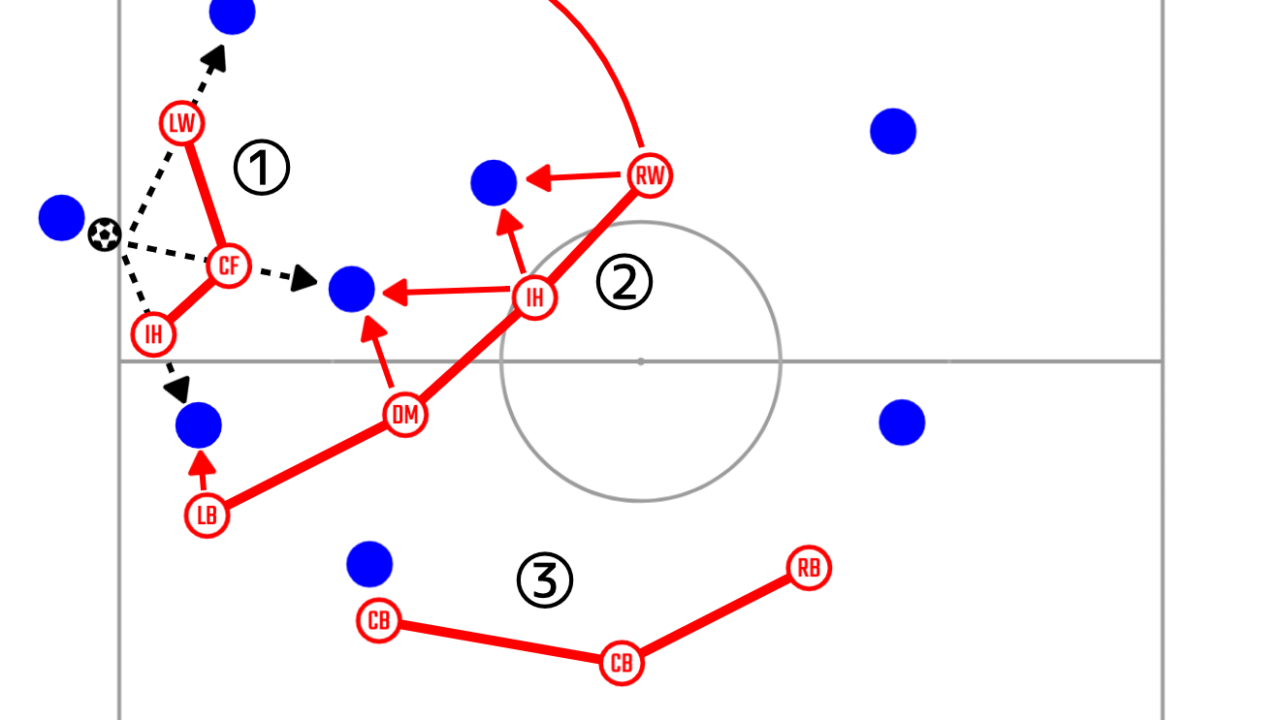 Throw-in is probably the most underrated set pieces in a game. The reason could be that many people think throw-in is less irrelevant to scoring or conceding goals than corner kicks or free kicks, but actually this is not true. Last season, Liverpool lost the Champions League final by the goal from throw-in. Liverpool made some mistakes when defending the throw-in and Real Madrid could create favourable 3v3 situation. Even though they conceded a crucial goal from mistakes of defending throw-in in the final, Liverpool is known for hiring throw-in coach, Thomas Gronnemark, and great at both attacking and defending throw-in. Therefore, in this article, Liverpool’s throw-in tactic is going to be analysed and it is tried to find out the principle of throw-in.

First of all, Liverpool’s idea of throw-in is going to be discussed. Basically, throw-in is not a set piece which creates ‘0 to 1’ but not try to make ‘0 to -1’. The reason is throw-in when both teams are ready is difficult to control and unpredictable because the ball thrown is very slow and short and many players try to win it. Additionally, in the situation where most of all players come close to the ball side, it is impossible to cover all space on the pitch and it can be exploited if some mistakes are made. In this kind of situation, it is difficult to play in the best way but it is possible to do in a better way. Therefore, it is possible to say that the principle of throw-in is ‘not making mistakes’ and ’force them to make mistakes’ in this kind of unpredictable situation. This is the basic of Liverpool’s throw-in tactics and they are going to be analysed in following chapters.

When talking about attacking throw-in tactics, it sometimes sounds like using some movements pattern to receive the ball. However, this is the second option of Liverpool’s throw-in tactics. The main option is throwing the ball in before the opposition players organise pressing. From the view of the principle of throw-in which is ‘not making mistakes’, throwing the ball backwards is much better than gambling. Especially, the fullback throws the ball to the centre back and restarts the game quickly.

Then, the option when the opposition team could organise their defence is going to be analysed. After failing to restart the game quickly, players need to think how to avoid a bad defensive transition. Of course, the best way is switching the ball into the opposite side or playing in behind. However, if it might be a risk to throw the ball in to feet, throwing the ball forward is a better option. 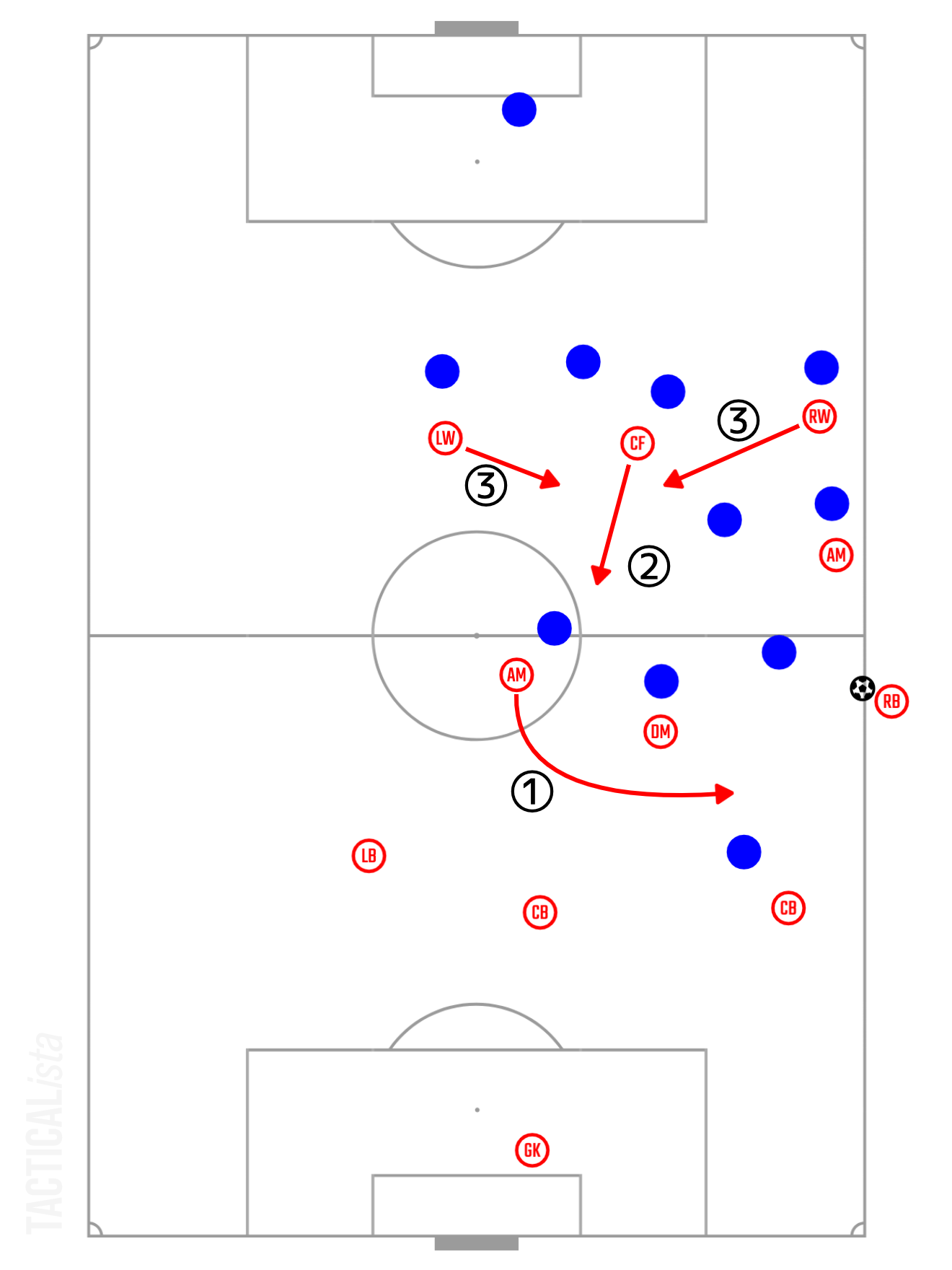 Compared with attacking throw-in, the aim of defensive throw-in is forcing the opponents to make mistakes. Liverpool tries to surround the ball by a few lines and lock them in. 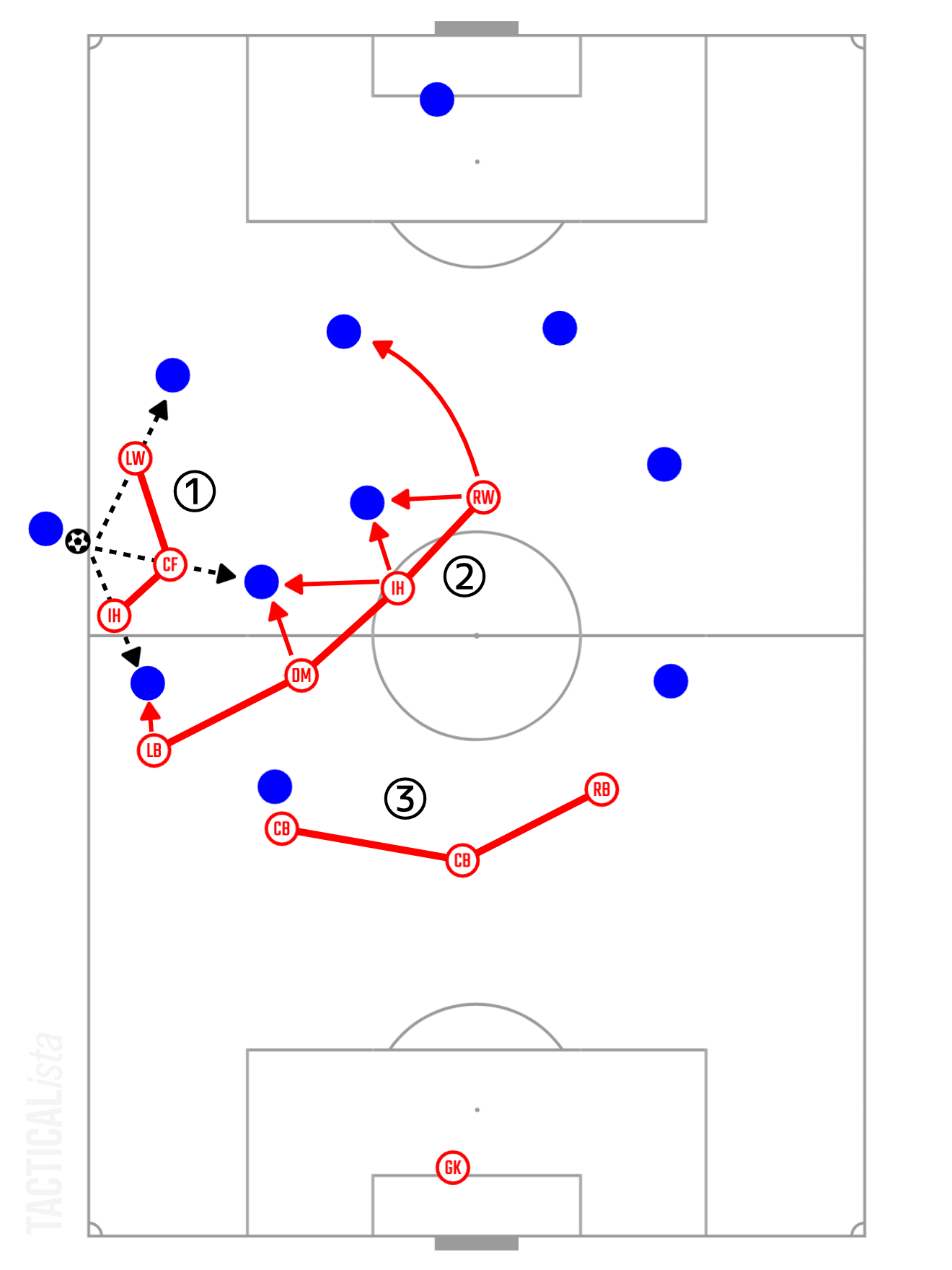 The width or height of each line can change based on where the ball will be thrown but organising three lines and surrounding the ball are same principle. Then, the role of each line is going to be analysed.

This final line consists of both centre backs and the opposite side fullback. The role is avoiding being exploited the space in behind and concede goals at all costs. Basically, they hardly step up to mark the opposition attackers and keep covering the space. If the ball is switched to the opposite side, they keep their line and delay the attack to take time for other players to come back.

The most important thing is to avoid conceding a bad defensive transition and a goal. In order to do this, it is crucial to organise themselves quicker than the opposition team. Then, Liverpool has the solid organisation, which makes it easier for players to react every throw-in quicker. But they conceded the crucial goal in the final…